Force Sensors have a wide range of application such as in touch screen mobiles and the automotive industry. With the robotics industry gaining pace all around the world will be another reason for the boost in force sensor market during the forecast period. 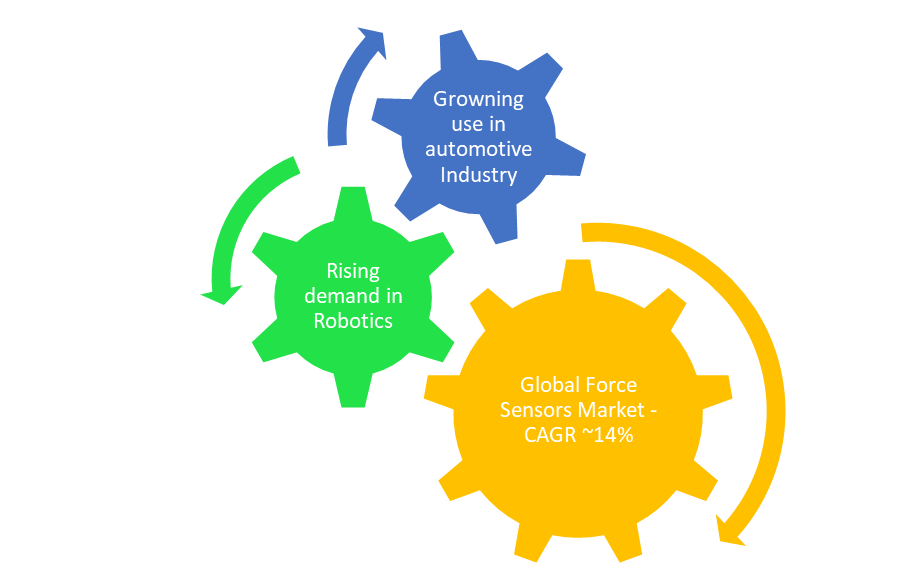 A force sensor is a device that measures the amount of force applied. There are many ways to measure force which may be mechanical or electrical by nature. Force measurement devices are significantly varying in working principles. Force sensors themselves are adaptable for many other types of measurements, such as pressure, mass, weight, and torque also. They are capable of operating over a wide temperature range when used with proper temperature compensation. 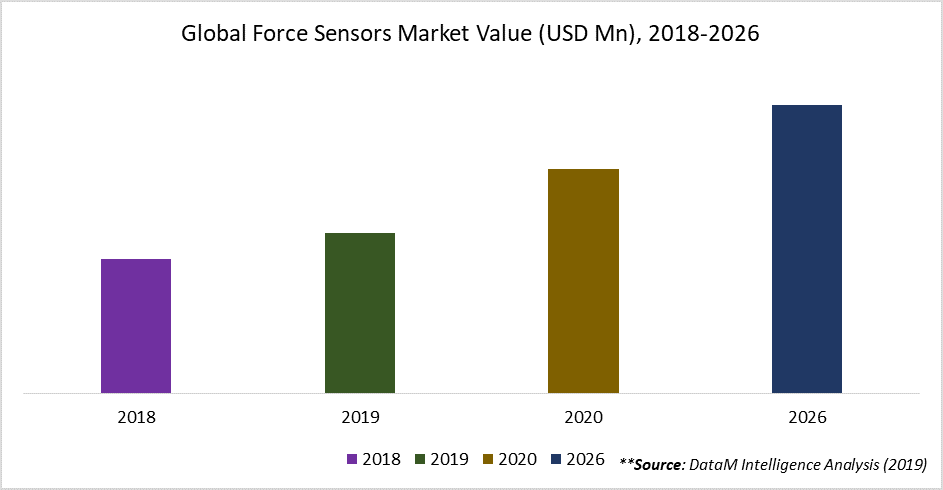 By Technology, the global Force Sensors market is segmented into Capacitive, Piezoresistive, Optical, Magnetic, Ultrasonic, Electrochemical, Load cell, and Strain Gauge. Piezoresistive have the dominant position in the Force Sensors technology segment and is expected to retain its dominance in the forecasted period due to high usage in the consumer electronics like laptops touchpads, mobile phones, and others.

By Application, the global Force Sensors market is segmented into Aerospace & Defense, Chemicals, Oil & Gas, Medical & Pharmaceutical Sector, Agriculture, Printing and Packaging, Industrial, Automotive, Consumer Electronics, and Others. Oil & gas has a significant share in the application segment and is expected to grow in forecast period. However, the rise in the robotics industry due to the rising automation in manufacturing sector will make the market growth for the industrial share with the higher CAGR in the forecast period.

APAC holds the largest market share for Force Sensors due to the high demand for various Force Sensors in countries like India and China because of the rise in the electronics and automotive industries. Moreover, the high demand for electronics like mobile, tablets, is also driving the market for the region. Hence, there is a rise in the production of electronics in countries like India. For instance, according to the Indian Cellular Association (ICA), the annual production of mobile phones within the country has increased from 3 million devices in 2014 to 11 million devices in 2017. India now accounts for 11 percent of global mobile production, which was only 3 percent in 2014. 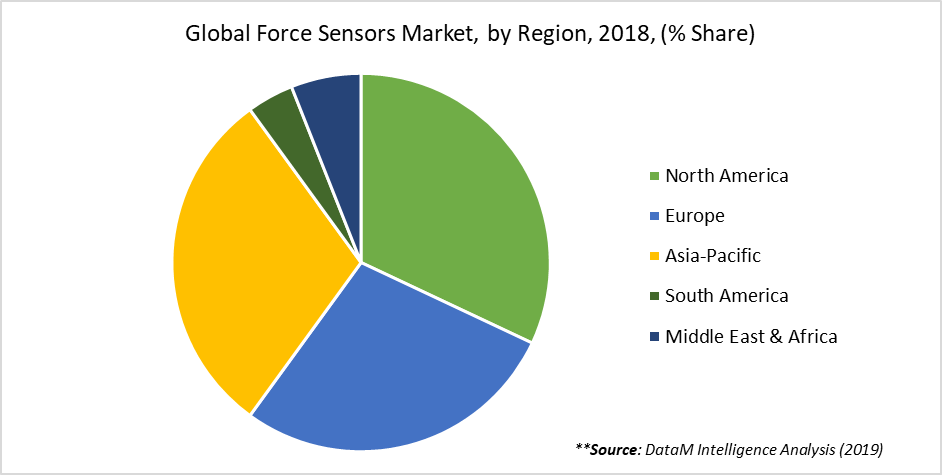 Key players are adopting strategies such as investing in R&D, new product launches, expansion in distribution channels to stand out as strong competitors in the market. Global Force Sensors Market is a fragmented market with the presence of various global and regional players in the market. The major players include Tekscan, TE Connectivity, Feutek Advanced Technology, Measurement Specialities, and Siemens. Other key players in the market include Sensitronics, Omron Corporation, Texas Instruments, ATI Industrial Automation, Digi Key, and GE Measurement.

In August 2018, Peratech introduced a new force touch sensor for use with mobile devices. The distributed force array (DFA) sensor uses Peratech’s proprietary quantum tunneling composite (QTC) technology to provide an array of single point sensors that can be used in conjunction with a position sensor (such as capacitive) to measure force and correlate it with position.