The Global Synthetic Rubber Market is expected to grow at a CAGR during the forecasting period (2020-2027).

Synthetic rubber, like natural rubber, has uses in the automotive industry for tires, door and window profiles, hoses, belts, matting, and flooring Synthetic rubber, like other polymers, is made from various petroleum-based monomers. It is any artificial elastomer. About fifteen billion kilograms (thirty-three billion pounds) of rubbers are produced annually, and of that amount two-thirds are synthetic. By application, the synthetic rubber market is segmented into footwear, industrial, automotive, construction and others. Others include electrical & electronics and healthcare. 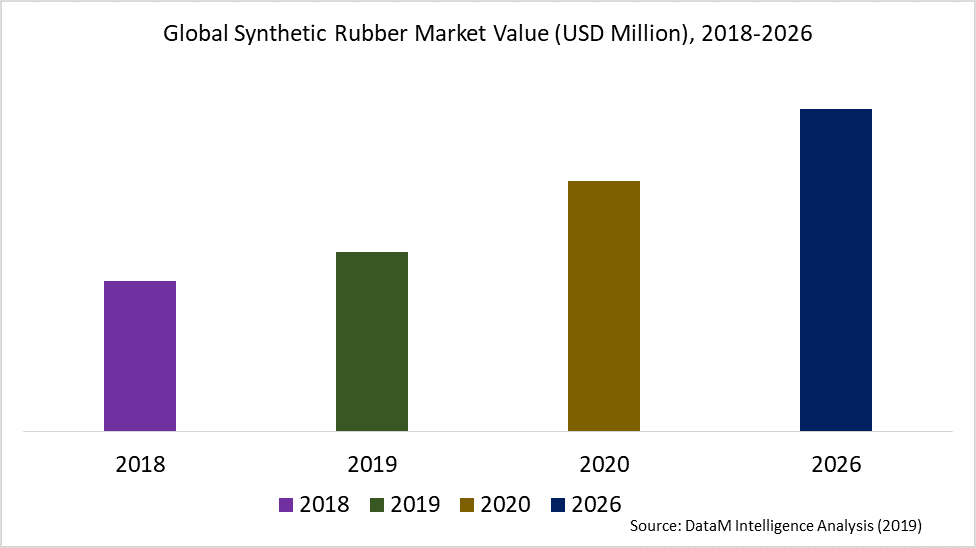 Rising demand from the automotive industry especially from tires is the major driver for market growth worldwide. Unlike in the case of bus and truck radial tyres, the percentage of SR used is higher in passenger car radials for speed and performance. Styrene butadiene (SBR) and poly butadiene are the chief forms of SR used by the rubber industry. Growing sales of passenger cars in recent years have led to increased use of SR by the tyre industry worldwide. The production of synthetic rubber in China has reached 5,787,000 tons in 2017 which holds a major share worldwide, but still, to meet its domestic demand, China has to import millions of tons of synthetic rubber every year.

Environmental regulation and health hazards in the synthetic rubber manufacturing industry are the major restraints hindering the growth of the market. 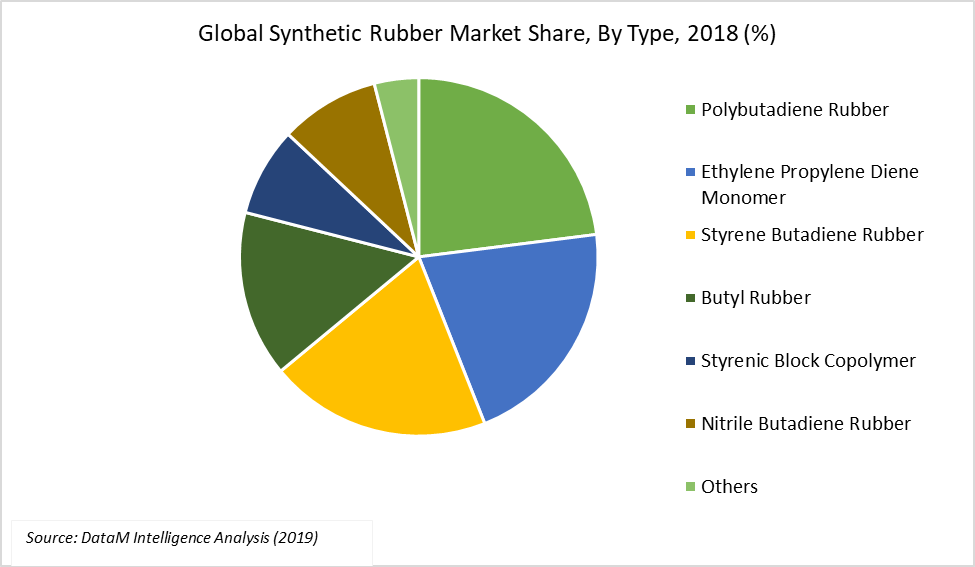 By application, the synthetic rubber market is segmented into footwear, industrial, automotive, construction and others. Others include electrical & electronics and healthcare. The global synthetic rubber market size by application was worth USD YY million in 2018 and is estimated to reach USD YY million by 2026, at a CAGR of YY% during the forecast period.

In automotive, the two main synthetic rubber polymers used in tire manufacturing are butadiene rubber and styrene butadiene rubber. Physical and chemical properties of these rubber polymers determine the performance of each component in the tire as well as the overall tire performance like rolling resistance, wear, and traction. Researchers are focusing on formulating a new synthetic rubber. For instance, In April 2019, A new type of synthetic rubber has been developed by researchers at the Fraunhofer Institute that is said to be 30-50% less abrasive than natural rubber.

The Asia Pacific synthetic rubber market size was worth USD YY million in 2018 and is estimated to reach USD YY million by 2026, at a CAGR of YY% during the forecast period. Asia Pacific is expected to grow with a high CAGR rate over the forecast period due to rapid industrialization and increasing demand from end-users especially in the automotive tire industry. China and India are expected to hold major market share in terms of production, exports, import and consumers of synthetic rubber in the Asia Pacific. Manufacturers are focusing to invest in synthetic rubbers due to huge demand from automobile sector.

Indian companies are investing in synthetic rubber, building on the recently added capacity of about 270,000 tonnes a year. ISRPL began a 120,000 t/y. Emulsion Styrene Butadiene Rubber (ESBR) which is specifically used for making tires from early 2015. In 2016, the Reliance Group started a 150,000 ESBR plant. The combined output from the two companies approximately covers 270,000 t/y ESBR demand. 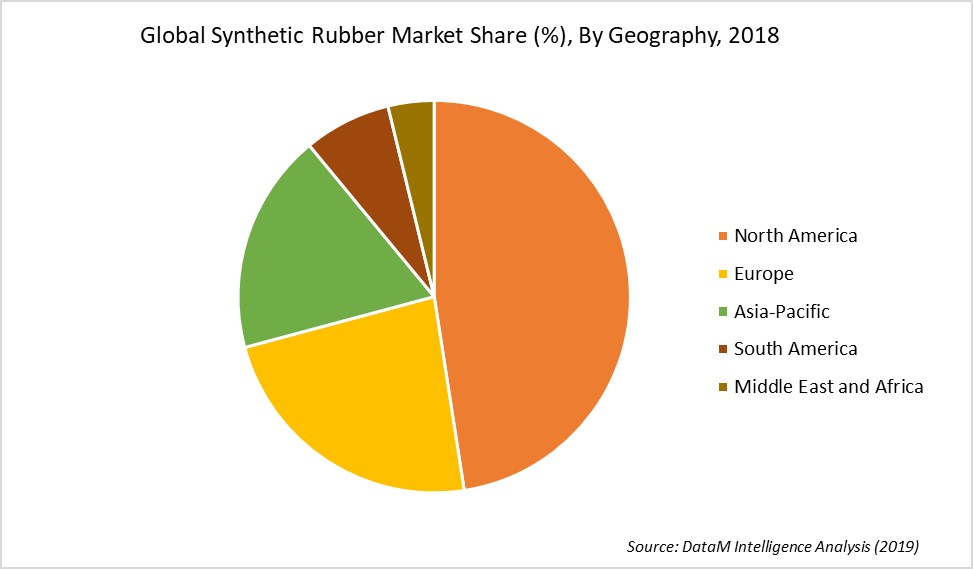 The Synthetic Rubber market is competitive with existing players in the market.

The key players are adopting various key strategies such as product launches, collaborations, mergers & acquisitions which are contributing to the growth of the Synthetic Rubber Market.

In June 2019, China’s Commerce Ministry has announced that it is launching an anti-dumping investigation import of a synthetic rubber product from the United States, South Korea, and the European Union following a request from major petrochemical producers.

In May 2018, ARLANXEO, a leading synthetic elastomers company has signed an agreement with Saudi Aramco Products Trading Company, headquartered in Dhahran, the Kingdom of Saudi Arabia, pertaining to the marketing and sales of EPDM (Ethylene Propylene Diene Monomer) rubber.

The Synthetic Rubber report would provide access to an approx., 53 data tables, 48 figures, and 180 pages.