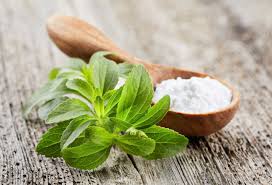 Rising obesity and diabetes are key for the growth of stevia

Stevia is a phytochemical derived from the leaves of Stevia rebaudiana that is native to Paraguay and Brazil. It is used as an artificial sweetener in a wide range of food and beverage applications owing to its high sweetness. Furthermore, stevia is non-nutritive with no calorie content, thus poses several potential health benefits. It is used as an effective alternative to conventional sugar used in food products.

The growing number of overweight, obese, and diabetic people

Consumers are becoming increasingly aware of the problems related to overweight and diabetics. Efforts to lose weight and avoid health issues are increasing the demand for stevia-based sweetener products. Obesity leads to many health problems such as heart ailments, respiratory disorders, weight gain, diabetes, anxiety and depression, stroke, and certain types of cancer. Obesity is increasing dramatically among children in many countries, such as the U.S. and the UK. In 2016, it was observed that more than one-third of the adults in the U.S. are obese. About one-fourth of children in 2-5 years old and one-third of school-going children are obese in the U.S. Overweight and obesity rates tend to increase rapidly over time among African-American and Hispanic children than Caucasian children in the U.S.

Worldwide, government agencies are developing policies and regulations to penalize manufacturers of unhealthy food products. Initiatives have been taken to ban soft drinks in schools and colleges, as they contain a high amount of sweetening agents that can cause obesity in children and adults. For instance, in the UK, Public Health England's mission focused on a reduction in the nation's sugar intake to tackle obesity by promoting low-calorie diet through initiatives like launching the social marketing program Change4Life to urge families to make a positive change to their diets and activity levels. In 2014, a Change4Life Smart Swaps campaign was launched to encourage families to choose one small swap to make their everyday diet healthier, such as swapping sugary drinks to sugar-free or low-calorie drinks. Health organizations and agencies involved in food and health sectors are creating policies to promote health awareness worldwide. Governments, doctors, and nutritionists are working together to help people understand the impact of unhealthy and high-calorie foods on their health, promoting zero-calorie sweeteners such as stevia.

Consumption of stevia results in several adverse health effects including kidney damage, endocrine disruption, and gastrointestinal allergies. Furthermore, the inability of stevia to caramelize like sugar is restricting the adoption of stevia in baked goods

The Asia Pacific is dominating the stevia sales

Asia Pacific region is dominating the global market with high consumption of stevia in China, Japan, and India. Growing awareness of obesity, weight management, and the importance of maintaining a good diet is increasing the demand for products containing stevia in these countries. The Indian sweetener market is driven by the burgeoning number of diabetic cases among consumers who choose artificial sweeteners to control their blood sugar levels. The increased incidences of lifestyle diseases such as high cholesterol, cardiovascular issues, and obesity have resulted in urban consumers growing conscious of their calorie intake and shifting preference for artificial sweeteners. However, the price of sweeteners being higher than that of traditional sugar is posing a major challenge for the stevia market in the country

The market is fragmented and growing competitive

The global stevia market is highly fragmented because of the presence of numerous small and large vendors. The vendors in the market compete on factors such as price, quality, product differentiation, distribution, and promotion. The intense competition and the declining profit margins and rapid technological changes constitute significant risk factors in vendors' operations. To survive and succeed in a stiff competitive environment, it becomes imperative for vendors in the market to distinguish their product and service offerings through a clear and unique value proposition