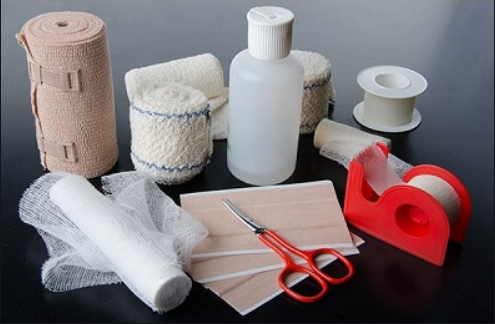 Wound debridement is a process to eliminate the foreign invaders, dead tissues, and toxic substances from human wounds. Wound debridement products aid in lowering the poisonous materials that prevent the wounds from getting healed. Growing prevalence of diabetes, increasing geriatric population and the presence of serious wounds are propelling the market growth over the forecast period.

The growing incidence of chronic ailment such as diabetes is fuelling the growth of wound debridement products market globally. Diabetic patients are likely to suffer from wounds that do not heal quickly. This may lead to severe wound infections. With the growing number of diabetics across the world, wound debridement is gaining importance. The International Diabetes Federation reported that by 2040, diabetes incidence is expected to reach 642.0 million. Thus, the growing incidences of diabetes are driving the market. According to the World Health Organization (WHO), the incidence of diabetes for all age-groups worldwide was estimated to be 2.8% in 2000 and 4.4% by 2030. The total number of people with diabetes is anticipated to rise from 171 million in 2000 to 366 million by 2030. Also, according to the International diabetes Federation (IDF), in 2017, approx. 425 million adults (20-79 years) were living with diabetes and estimated to rise to 629 million by 2045. Thus, as a consequence, the prevalence of diabetes related complications are expected to increase over the forecast period (2019-2026), leading to rise in demand for wound debridement products.

However, high cost of wound debridement products market is one of the major factors hindering the growth of the market. According to the National Health Service (NHS) in the United Kingdom, venous leg ulcers (VLUs), pressure ulcers (PUs) and DFUs are among the most costly wounds in UK. According to a UK-based study, the cost of these wound care was estimated at over £4.5 billion (5.72 USD billion), not accounting for the care of comorbidities or costs undertaken by patients themselves. The surgical debridement is expensive in the US, costing $8,000-15,000, than in Europe. The cost of treating chronic wounds in the U.S. is extremely high, with the charge per case ranging from $2,000 to $10,000 depending upon the condition and nursing costs. The staggering cost of caring for chronic wounds in patients with comorbidities has led to an increase in the purchase cost of the products.

By product, the market is dominated by surgical devices accounting for more than 22% share in 2018. The surgical devices market was valued at USD 171.2 Mn in 2018. The presence of recent technologies in the surgical devices is expected to drive the market growth over the forecast period. For instance, recent technologies such as hydrosurgery (Versajet), ultrasound therapy (the MIST therapy device), or plasma-mediated bipolar radio-frequency ablation therapy (Coblation) seem to represent interesting alternatives for wound debridement. The Versajet hydrosurgery system (Smith & Nephew, London, UK) is a hydrosurgical device based on the principle of the Venturi effect.

North America is dominating the global wound debridement market in 2018 and estimated to grow at a CAGR of 6.4% over the forecast period to reach a market value of USD 407.7 Mn by 2026. The market is growing due to the product innovations, rise in the incidence of diabetes cases, increasing healthcare spending and the growing aging population in this region. The increasing number of wound cases in the region is expected to boost the market. For instance, the National Institute of Health has estimated that 3% of the population of 65 years and above would have a wound at some time. An even higher rate of incidence is expected, owing to the traumatic injuries and ulcers endemic in resource-poor countries to other regions. Thus, the rising number of wounds is driving the market. The presence of key players developing wound debridement products in the region are expected to boost the market. For instance, in June 2019, Molnlycke has acquired a patent application from Innovation Skane, which helped to detect the infections in the wounds. Once developed, the patent is expected to play a significant role in reducing the unnecessary use of antibiotics in wound care.

The key players are adopting various strategies such as product launches, mergers & acquisitions, partnerships, and collaborations, which are contributing to the growth of the wound debridement market globally. For instance, In May 2019, Misonix, Inc., a provider of minimally invasive therapeutic ultrasonic medical devices has entered into an agreement to acquire Solsys Medical, LLC, a privately held regenerative medical company in an all-stock transaction valued at approximately $97 million. The acquisition of Solsys substantially broadens Misonix’s addressable market through wound care solutions that are complementary to its existing products.