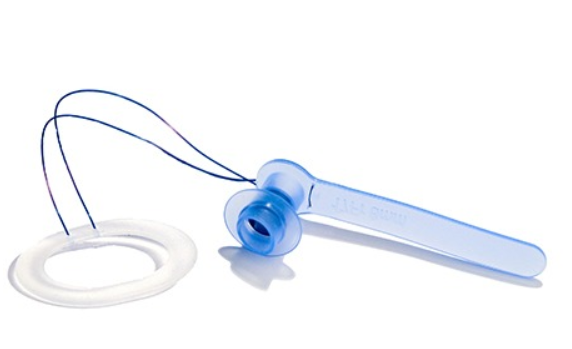 Voice restoration devices are the devices used in conjunction with voice therapy such as esophageal speech and stoma occlusion with the thumb, to help laryngectomized patients to produce a statement. The global voice restoration devices market is valued at US$ 210.0 Mn in 2017 and is estimated to grow at a CAGR of 5.2% over the forecast period (2019-2026).

In addition, with rising technological advancements in voice restoration devices, the market is growing rapidly over the forecast period. For instance, in November 2018, InHealth Technologies upgraded the Blom-Singer Electrolarynx EL 1000 to make it more reliable and easy to use. The Nu-Vois III units introduced a new Quick Quiet feature which allows users to set a power button to quickly jump to the lowest volume. Servona presented the SERVOX digital XL, a high-quality reissue of the proven digital speech aids of the SERVOX series. With its modern power management and significantly extended battery life of more than 50%, the previous performance and flexibility has been further expanded.

Voice restoration devices are expensive in nature, which deters individuals, especially in developing countries. Commercial examples of an intraoral electronic larynx are the Cooper-Rand (Luminaud Inc, Mentor, Ohio), which costs approximately $375, and the interdental Ultra Voice (Health Concepts, Inc, Malvern, Pennsylvania), with an estimated cost of $2,000. Replacement prosthetic voice boxes can cost upto $1,000(£750) which for many patients is unaffordable. In the developing countries, most laryngeal and hypopharyngeal carcinomas are diagnosed at advanced stages and require total laryngectomy (TE). The inability of the middle and lower middle-class patients to opt for costly voice restoration devices is becoming one of the major challenges that is restricting the growth of the market globally.

By product, tracheoesophageal voice prosthesis segment holds largest market share of about 56% of market share in 2018, and is estimated to grow at a CAGR of 5.1% over the forecast period. Based on valve type, the tracheoesophageal voice prosthesis devices segment can be categorized into Blom-Singer valve, Provox valve, and Groningen valve. With advancement in technology, the valve has been improved and modified by manufacturers all over the world, with introduction of hands-free, low-pressure, indwelling, and fungal-resistant valves. Some of the advantages of Tracheoesophageal voice devices includes, high success rate for prosthetic vocal rehabilitation (close to 95% in long-term users), fair-to-excellent voice quality in close to 88%, more intelligible and natural sounding, low complication rates, and possibility of sustained speech, with a more fluent quality than with esophageal speech. However, Biofilm formation on voice prostheses has been a major problem, limiting the lifetime of all voice prostheses, and the development of novel alternative prophylactic and therapeutic agents, including probiotics and other surface-active compounds such as bio surfactants, are expected to gain prominence in the future for preventing biofilm formation.

North America voice restoration devices market is valued at USD 67.2 Mn in 2017 and is estimated to grow at a CAGR of 5.9% over the forecast period. The North America holds a share of about 33% of market share in 2018, as most of the world's procedures are done in the U.S. because of high medical reimbursement facilities, and technological advancement. According to the American Cancer Society estimates for laryngeal cancer in the United States for 2019 are about 12,410 new cases of laryngeal cancer (9,860 in men and 2,550 in women), and about 3,760 people (3,010 men and 750 women) are estimated to die from laryngeal cancer. The most commonly used TE VPs in the United States are, Provox™ (Atos Medical AB, Sweden) and Blom-Singer (InHealth Technologies, , USA,) are indwelling type, silicone rubber devices with a low-resistance one-way valve mechanism

The key manufacturers are highly focused on growing the market by collaborations, mergers & acquisitions, product launches, and partnerships. For instance, Atos has acquired Griffine and HEIMOMED Heinze, an emerging company as an independent unit. Such deals have led a huge boost in the market value for Atos in recent times. Also, In July 2018, InHealth Technologies and Cytophil Inc. became global partners for the distribution of RENÚ Voice and RENÚ Transoral Needle.