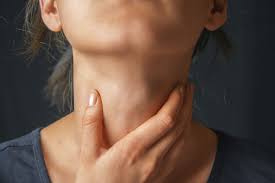 Vocal fold augmentation products market is growing due to increasing cases of voice problems globally. According to the National Institute on Deafness and Other Communication Disorders (NIDCD), in 2016, 7.5 million or more people in U.S were suffering from voice problems. According to National Cancer Institute, estimated that there are about 13,150 new cases of laryngeal cancer and 3,710 number of deaths globally.

The increasing approval for vocal fold implants for lipoatrophy by a regulatory body is also a major driving factor for the global vocal fold augmentation products market. In January 2016, REGENSCIENTIFIC received CE-mark (CE 630688) for the Renu soft tissue (volumizing) implant for lipoatrophy, vocal fold insufficiency, and soft tissue augmentation. The CE-mark allows REGENSCIENTIFIC to sell the Renu product for these indications in 32 states of the European Union as well as in seven cooperating countries of the European Economic Area, and in other countries that recognize or require CE-mark.

The short duration for some temporary vocal fold augmentation is the primary restraint to the market, and continuous procedures may cost a massive amount for vocal fold augmentation. The primary reason for this short duration is the usage of autologous collagen. The autologous collagen acts for a short span duration is expensive and consumes high time that is approximately three months from harvest to injection. Fat injection consume more time to harvest. Furthermore, the unpredictability of fat survival causes variability in the outcomes of fat injections, and the patient needs to undergo general anaesthesia before the procedure. Also, patients tend to suffer a prolonged postoperative dysphonia for up to a few weeks.

North America is forecasted to witness the highest growth by growing at the highest CAGR during the forecast period as the range of laryngeal cancer cases registered every year is quite high, followed by the excellent health awareness and per capita, spending on health makes this region a prominent shareholder for this market. However, in recent times in most parts of Europe, laryngeal cancer rate and laryngeal cancer mortality have increased considerably thus showing favourable trends over the last few decades in most Europe. The primary reason for this growth is high consumption rate of tobacco and, mostly for Mediterranean countries, alcohol consumption. This is leading to steady and fast growth in Europe's vocal fold augmentation products market. The steady growth of population affected with vocal fold augmentation and high per capita health spending in Europe are making this region a prime market spot.