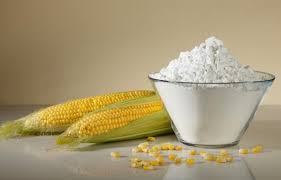 Blog - Next Things To Immediately Do About Modified Starch Market

Starch is considered one of the most abundant organic compounds available in nature and is used extensively in a broad spectrum of applications ranging from food, pharmaceutical, personal care, and industrial. However, starch is structurally weak and is unsuitable or ineffective for use in most of these applications in its inherent forms, thus resulting in modification of its properties. Modified starches are carbohydrates that are derived from native starches through physical, chemical, or enzymatic modification processes. Native starches are modified to enhance their viscosity, stability, and texture. These modified starches are extensively used as thickeners, binding agents, stabilizers, and emulsifiers in food, feed, and cosmetics applications. The rising demand for functional foods such as yogurt, protein shakes, and fortified salads and the utilization of modified starches as fat replacers in these products is likely to provide immense growth potential for the market in near future.

Growth in the functional food sector: Supporting the market growth

The effect of the clean label: Hindering the use of modified starch

The growing consumer demand for clean label products is limiting the growth of the modified starch market. The clean label evolved as a critical purchase factor for food and beverages across the globe. According to BENEO-Remy NV, a Belgium-based functional ingredients manufacturer, nearly 65% of American consumers are preferring food products derived from natural ingredients over their chemically modified counterparts. This is motivating the food manufacturers to reconsider and eliminate the utilization of modified starch in their food formulations. Furthermore, several modified starch manufacturers are focusing on the innovation of native functional starches that mimic the properties of modified starches. These starches enable food processors to gain clean label claims on their products.

Asia Pacific region evolved as the largest market for modified starch owing to large-scale consumption in food and beverages, animal feed, and textile industries. The rapidly growing pharmaceutical and cosmetic manufacturing sectors in countries such as India, China, and several South East Asia nations are driving the growth of the market in this region. According to Alltech’s feed survey – 2018, Asia Pacific accounts for over 35% of the global animal feed production volume. China remained the global leader with a production volume of 186 million metric tons and SEA evolved as the lucrative market for aquafeed production.

DataM Intelligence was established on an elemental idea of publishing Advanced Market Research Reports with precise data points & utmost accuracy that will accelerate the decision-making in designing disruptive solutions. This aids us in providing a detailed scenario of the present and future of the market.