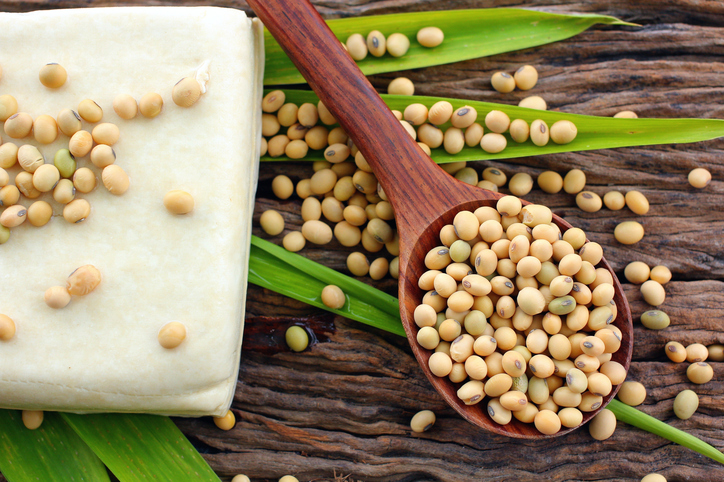 Isoflavones are a group of phytochemicals that are capable of reducing the risk of heart diseases, osteoporosis, and loss of cognitive function. Derived from several plant sources such as soy, red clover, chickpeas and alfalfa, these compounds are considered as beneficial to human health owing to their antioxidant potential. Beyond these health benefits, Isoflavones also exhibit estrogenic properties and are widely used as an effective estrogen supplement across the globe. Consumption of soy based products such as soy milk, Tempeh, and Tofu enables dietary intake of Isoflavones to human body. However, the rising awareness towards its health benefits, preventative healthcare mentality, and growing trend of dietary supplementation is increasing the market for Isoflavones across the globe.

The increasing awareness towards the role of phytochemicals in women health and general wellness has been supporting the growth of isoflavones market across the globe. Isoflavones are structurally similar to the female hormone estrogen and intake of isoflavones results in an increase in estrogen levels. This effect of isoflavones help reduce hot flashes, fatigue, and other symptoms of menopause, thus making it an essential compound for women health. Moreover, intake of isoflavone as supplement also pose positive effect on heart, brain and bone health among both men and women. Leading manufacturers of dietary supplements such as Koninklijke DSM N.V. (geniVida), The Archer Daniels Midland Company (NovaSoy), and 21ST Century HealthCare, Inc. (21st CENTURY) are involved in production of isoflavone based supplements for women health.

Dietary supplements are not considered as drugs and are not subjected to stringent drug safety regulations. The lack of FDA approval is raising misconceptions regarding consumption of isoflavone-based supplements, thus hindering the growth of the market. Increased risk of cancer, particularly breast cancer associated with soy consumption is hindering the market growth. However, recent studies have reported the potential of Isoflavones in suppressing the growth of cancer cells in mice. These compounds are inhibiting the growth of tumors and restricting the invasion of carcinoma cells, thus reducing the risk of cancers in mice. This may led to increased use of isoflavone-based supplements as anti-cancer compounds in future. Moreover, the GM concerns associated with consumption of isoflavones derived from genetically modified soy.

North America accounted for largest share of the market in 2018 owing to the well-established functional foods and dietary supplements market in the U.S. According to the Council for Responsible Nutrition's Consumer Survey on Dietary Supplements – 2018, nearly 75% of the U.S. adults take dietary supplements and the consumption has been witnessing steady increase over recent years. However, Asia Pacific market is estimated to grow at highest pace in the forecast period. The factors driving the market growth in this region include increasing awareness towards preventive healthcare, rapidly aging population, and improving healthcare investments in countries such as China and India

The global Isoflavones market is highly fragmented with large number of suppliers. The market is highly competitive in terms of product innovations and is price intensive. These factors along with high growth potential is motivating nutraceutical manufacturers and plant extract providers towards integration of value chain. Key market players include – Herbo Nutra, Frutarom Health, Bio-gen Extracts Pvt. Ltd, Nexira, Nutra Green Biotechnology, and Xena Bio Herbals Pvt. Ltd. Most of these key players are focused towards development of isoflavones from selected non-GMO soy beans. The growing interest towards organic ingredients is motivating these ingredient suppliers towards sustainable production of isoflavones.