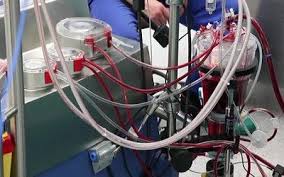 According to the WHO, around 17.9 million people die of cardiovascular diseases, every year, an estimated 31% of all the deaths worldwide. Four out of five CVD deaths are due to heart attacks and strokes. According to the World Journal of Cardiovascular Diseases, more than 7 million deaths are due to the sudden cardiac arrest across the world each year. Thus, the growing number of heart failures, strokes, heart attacks, and other heart-related illness are driving the market growth.

The rising geriatric population is expected to boost the market. Many nations are facing challenges due to the ongoing and the increasing demographic shift in age among their people. As per the Department of Economic and Social Affairs Population Division of UN, 2017, the world's population of 60 years will double and those of 80 years old will triple in the next 30 years. As per WHO, the number of people of age 65 or older is expected to grow to around 1.5 billion in 2050, with most of the increase in the developing countries. Thus, the growing geriatric population, who are more prone to chronic illness like CVDs, are driving the market.

Shortage of skilled professionals and stringent government regulations are the major market restraining factors. The shortage of skilled surgeons to perform cardiac surgeries is likely to restrain the market. For instance, according to a news published in Science Daily on May 17, 2016, the American Association for Thoracic Surgery has estimated that looking forward to 2035, a growing imbalance is projected between the number of cardiothoracic surgeons required and the number available. Also, they have estimated that cardiothoracic surgeons should increase their caseload by 121 % to meet the demand of rising incidences of cardiovascular disease.

North America is dominating the global artificial heart-lung machine market in 2018 and is estimated to hold significant market size over the forecast period (2019-2026) owing to the increasing incidences of cardiovascular diseases, rapid technological advances, increasing awareness among the population, and the growing preference for minimally invasive procedures.

Key players are highly investing in R&D for the advent of first-in-class drug types to sustain and improve market competitiveness. Few competitors are also adopting inorganic growth strategies such as mergers & acquisitions to diversify product portfolio and enhance geographic footprint.